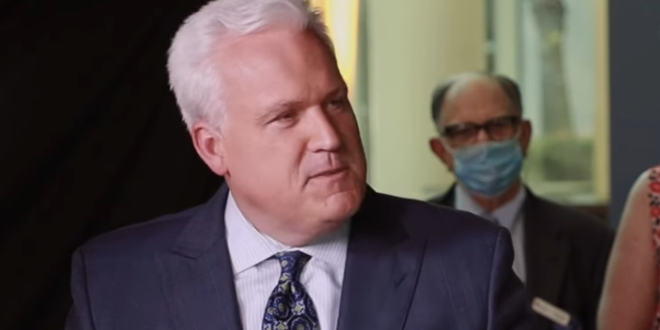 Welp, here’s an instant update to the post below this one:

Matt Schlapp, the head of one of the nation’s largest conservative advocacy groups and an adviser to former President Donald J. Trump, was accused in a lawsuit on Tuesday of groping an employee on Herschel Walker’s Senate campaign in October.

The lawsuit, filed in the Virginia Circuit Court in Alexandria, accuses Mr. Schlapp of “aggressively fondling” the man’s “genital area in a sustained fashion” while the two were alone in a car.

The staff member filed the suit anonymously, citing privacy concerns and a fear of retaliation given Mr. Schlapp’s influential position as chairman of the American Conservative Union, which hosts CPAC.

via ⁦@MichaelCBender⁩, the political aide who has accused Matt Schlapp of groping him has filed suit https://t.co/PdcNbzL1cO

Previous Schlapp: I Never Groped That Man And I Might Sue
Next DeSantis Bans State From Investing In “Woke” Funds