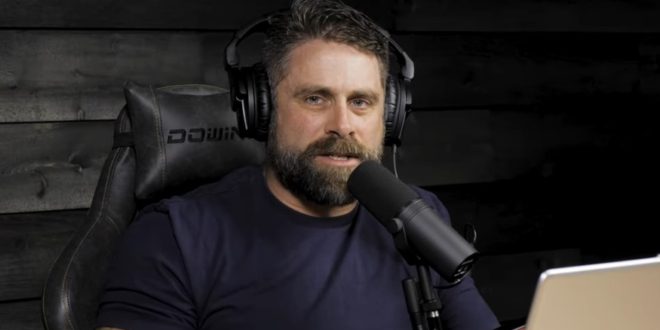 HB 1894, which a Republican legislator pre-filed in the General Assembly on Tuesday, “provides that a pregnant woman shall be considered two people for the purposes of determining occupancy” in high occupancy vehicle and high occupancy toll lanes on expressways in the state.

The legislation would require pregnant people to show “proof” of pregnancy, obtainable by having “certified” their pregnancies with the state Transportation Department. Under the bill, the certifications would then be “linked” to toll collection devices — typically E-Z Passes — in vehicles.

The bill is the second of its kind ever proposed; last year, Texas Republicans introduced a similar measure. Texas’ HB 521 also would have allowed a solo pregnant driver to use high occupancy lanes.

Read the full article. The bill’s author, Del. Nick Frietas (photo above), runs a bloviating YouTube channel with 200,000 subscribers. Frietas first appeared on JMG in 2017 when he authored a bill that would have legalized anti-LGBTQ discrimination by publicly-funded Virginia agencies and service providers. The bill was ultimately vetoed by Democratic then-Gov. Terry McAuliffe.

A Virginia bill would deem a pregnant person’s fetus a passenger in a car, thereby allowing the vehicle to use the car pool lane on highways. https://t.co/RmLBtPm7Dh