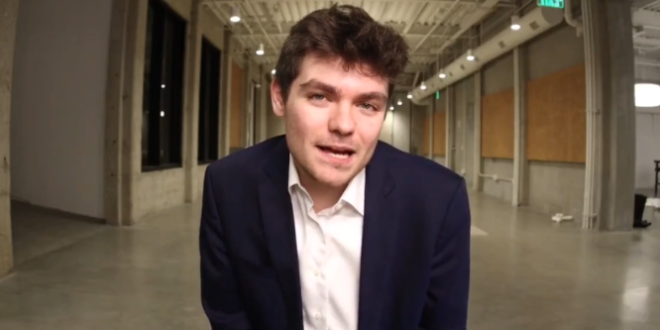 Elon Musk’s Twitter reinstated avowed Neo-Nazi and white nationalist Nick Fuentes on Tuesday. Twitter banned Fuentes in December of 2021 for violating rules against hate speech and had a new account re-banned soon after Musk took over Twitter in late October.

Fuentes made headlines around the world in late November when he accompanied antisemitic rapper Kanye West, now known as Ye, to a dinner at Mar-a-Lago – attended by former President Donald Trump.

Weeks later, Fuentes accompanied West onto Alex Jones’s InfoWars program where West gleefully declared “I love Hitler” – which even made Jones uncomfortable. Fuentes has regularly praised Hitler in the past as well as denying the Holocaust.

Christian fascist Nick Fuentes lays out his vision for America where contraception, fornication, homosexuality, and pornography are illegal and women can’t go to school, or vote, and are burned at the stake for being witches: “We want to go back to the Middle Ages.” pic.twitter.com/TLK71vd3iU

After he was booted from YouTube, Fuentes said he was able to retain 80% of his viewership through Twitter referrals. https://t.co/FhMvxkpYpO

Nick Fuentes says the only hope for America is for there to be a “white uprising” that then disbands Congress and installs Trump as a dictator: “Elect Trump one more time and then stop having elections.” pic.twitter.com/heOxD9J7R8

Galvanized by his idol Ye’s latest antisemitic outbursts, white nationalist Nick Fuentes unleashed his own rant last week telling Jews to “get out fuck out of America”: “You serve the devil. You serve Satan. … I piss on your Talmud.” pic.twitter.com/ymc5NdFxSe