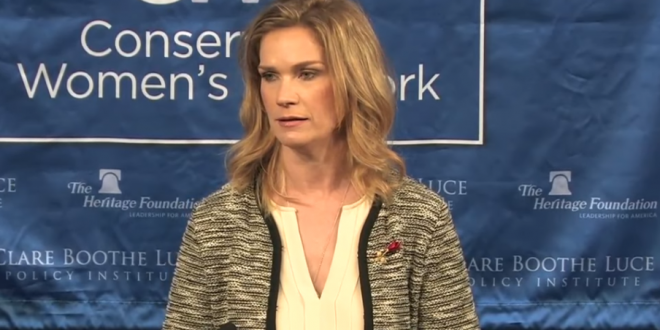 Gregg Phillips and Catherine Engelbrecht are best known as the election deniers behind True the Vote, a Texas-based nonprofit responsible for amplifying conspiracies that the 2020 presidential election was stolen. But soon after Russia invaded Ukraine in early 2022, they shifted some of their focus to the war effort, jumping into the fray with an inspiring idea — to bring a mobile hospital to the region to care for victims of the conflict. They called it The Freedom Hospital.

According to their lawyers, who spoke to ProPublica and the Dallas Morning News, the pair’s Ukraine project was a good-faith effort that was unsuccessful. Phillips solicited donations on conservative media platforms. The Freedom Hospital’s website announced it was halfway to its goal of raising $25 million.

Asked about Phillips’ statements that The Freedom Hospital had raised half of its $25 million goal, the lawyers said that amount was an in-kind donation from the mobile hospital manufacturer, not cash. The manufacturer’s CEO disputed that account, saying it never pledged to make such a donation.

Read the full article. There’s much more. The pair are best known as Dinesh D’Souza’s partners in his widely debunked “2000 Mules” film. Last year they were jailed for a week in Texas for refusing to tell a judge the source of their stolen election claims.

New: True the Vote, a group that spread discredited election conspiracy theories, “abandoned” The Freedom Hospital in April 2022, according to its lawyers. Yet board member Gregg Phillips continued to seek donations for the project for months afterward. https://t.co/zYeWjjoTmD

The election liars at True the Vote launched a new project:”Freedom Hospital” for Ukrainians

They said they were “helping old folks, women and kids near the fight receive healthcare.”

They said they had raised $10 mil+

True the Vote has been a scam operation from the very beginning, beating the phony voter fraud drum & corrupting elections. No surprise, they also stage a straight-up money skimming grift.https://t.co/2Ap5nUo24B

3/ A longtime board member said on Truth Social that the hospital in Ukraine helps old folks, women and children near the fighting, but that was one of a series of misrepresentations about the operation’s donations and accomplishments. pic.twitter.com/uNJ9Mh4qfS

4/ The questions about the hospital come as True the Vote leaders face new scrutiny over continued failed efforts to prove widespread fraud in the U.S. election system. They have raised millions on the promise, but they have never supplied any evidence the election was stolen.