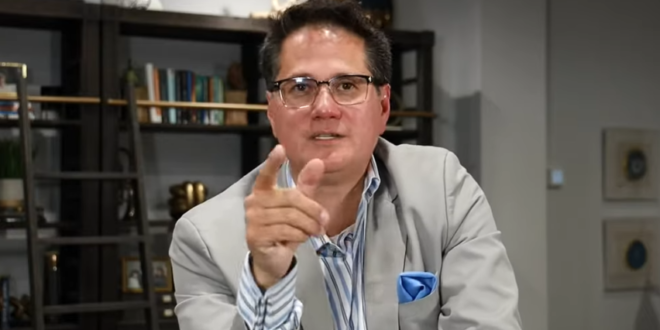 During a brief press conference on Thursday morning, Chesterfield’s Commonwealth’s Attorney Stacey Davenport said a case involving a Virginia pastor and a child sex crimes sting might move forward after charges were dismissed.

John Blanchard was the lead pastor at Rock Church in Virginia Beach. In October 2021, he was one of 17 people arrested in a Chesterfield child sex crimes sting. He was charged with felony solicitation of prostitution, but his charges were dropped a year later.

The announcement comes months after prosecutors nolle prossed all charges related to attempted solicitation of an underage minor against Blanchard, who serves as a pastor at Rock Church in Virginia Beach. That means the charges were dropped but could be refiled again if prosecutors felt they had enough evidence against Blanchard to move forward.

Investigators said they communicated undercover with Blanchard and the others on social media, pretending to be underage girls advertising prostitution. All 17 who were charged had arranged to meet with someone whom they thought was underage and was soliciting sex, and when they arrived, officers arrested them.

Today’s move comes after weeks of public pressure by Chesterfield County Police Chief Jeffery Katz, who made multiple Facebook posts condemning the initial decision to drop charges against Blanchard but not the other 16 men collared in the underage sting.

My 2021 reports on Blanchard’s arrest and subsequent resignation are here and here. Police say Blanchard’s usage of shorthand in his text messages indicated his familiarity with the underground sex trade.

For example, he offered the detective posing as a 17 year-old prostitute $70 for a “qv hhr” – a “quick visit” lasting “half an hour.” Blanchard also reportedly asked, “Are you affiliated with law enforcement in any way?”

In November 2022, I reported that Blanchard’s church had called upon the public to forgive him.

The initial news that charges had been dropped has long roiled local Virginia outlets. Surely a powerful local megachurch had no role in that decision.

NEW: In light of new information, the Chesterfield County Commonwealth’s Attorney will bring in a special prosecutor in the case of Virginia Beach pastor John Blanchard. https://t.co/DiBpSl1p2E

#BREAKING
Chesterfield Commonwealth’s Attorney Stacey Davenport says her office received new information in the case against John Blanchard.
She says she is bringing in a special prosecutor on the case.
Davenport refused to answer questions from reporters. @13NewsNow pic.twitter.com/I9iY7Ok4QE