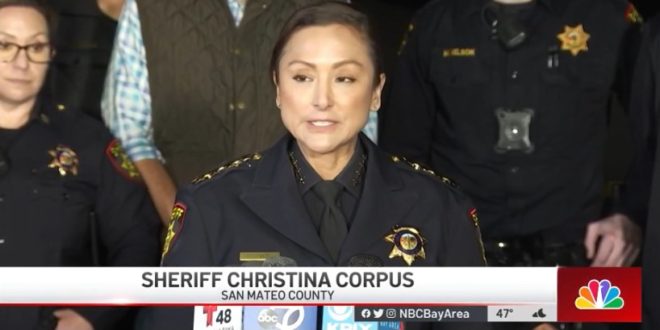 A gunman killed seven people at two agricultural businesses in Northern California, plunging the state into mourning again in the wake of its third mass killing in eight days.

Officers arrested a suspect in Monday’s shootings, 67-year-old Chunli Zhao, after they found him in his car in the parking lot of a sheriff’s substation, San Mateo County Sheriff Christina Corpus said.

Seven people were found dead and an eighth injured at a farm and another location several miles away, the Sheriff’s Office said. Officials believe Zhao worked at one of the facilities and that the victims were workers as well, Corpus said.

Zhao shot three of his victims in the trailers where they lived next to the field where they worked, and then gunned down two others in the field itself, officials said. “They were farmworkers affected tonight. There were children on the scene of the incident. This is truly a heartbreaking incident in our community,” said Supervisor Ray Mueller.

The victims are believed to be workers on the properties, Corpus said. Half Moon Bay Councilmember Debbie Ruddock said the victims are Chinese farmworkers. The shootings in Half Moon Bay come on the heels of a weekend mass shooting in the Southern California city of Monterey Park that left 11 people dead.