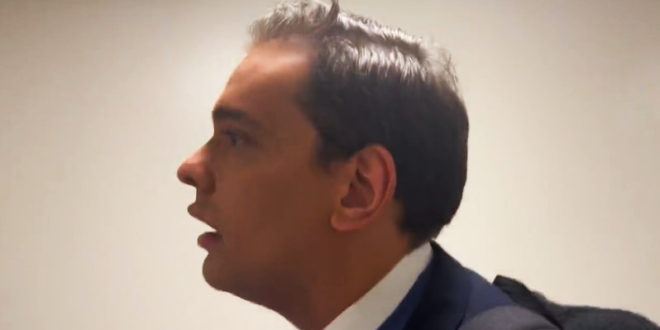 Members are beginning to arrive to gavel in the 118th Congress. Of course, it remains unclear when members will be sworn in, given that privilege is reserved for the new speaker. The mood so far is jovial. A lot of members have brought their kids and grandkids on the floor. Members from both sides of the aisle are catching up with each other, chatting and shaking hands with the newcomers.

Rep.-elect George Santos (R-N.Y.), who won a congressional seat on Long Island before his claims of being a wealthy, biracial, Ukrainian descendant of Holocaust survivors were debunked, did not seem particularly eager to talk to reporters who followed him on Capitol Hill on Tuesday. Santos, who was reportedly accompanied by an attorney, ignored questions as he walked the halls.

RT @hannahdemissie: The moment NY Rep.-elect George Santos saw reporters standing outside his office, turned around and walked away pic.twitter.com/wAxiaRdrXs

Previous Tucker Carlson: I Have No Tolerance For Atheism
Next LIVE VIDEO: House Reps Vote On Their Next Speaker