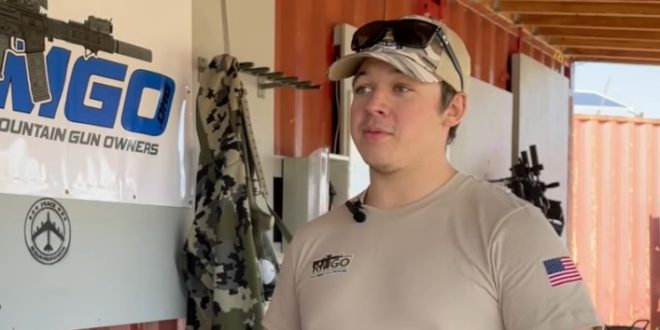 The “Rally against Censorship” featuring Kyle Rittenhouse has found a new venue in Conroe, days after a local brewery pulled out of the event. The Jan. 26 event will now be held at the Lone Star Convention and Expo Center, a Montgomery County-owned facility. Rittenhouse has emerged as something of a conservative icon, building a minor anti-media and anti-censorship platform since being acquitted of fatally shooting two people.

The Conroe event will also include Daniel Miller, the leader of TEXIT, a group that advocates for Texas to secede from the United States. The event organizer, Conroe-based Defiance Press, describes itself as “active in the fight against censorship through publishing conservative books which have been widely censored from mainstream media,” and has published works such as “Corona-fascism” and a biography of Joe Arpaio.

Read the full article. Earlier this week a Las Vegas casino became the second venue to cancel a Rittenhouse event.

The “Rally against Censorship” featuring Kyle Rittenhouse is now set to be held at the Lone Star Convention and Expo Center after a Conroe brewery pulled out of the event.https://t.co/bLquyFEeh6