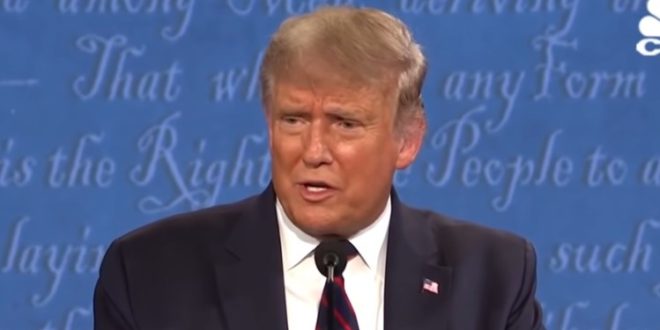 A federal judge ruled Wednesday that prosecutors can use video of then-President Donald Trump telling the far-right group the Proud Boys to “stand back and stand by” in the trial against several of the group’s leaders charged with seditious conspiracy.

District Judge Timothy Kelly said that the former president’s comments showed “an additional motive to advocate for Mr. Trump (and) engage in the charged conspiracy” to keep Trump in power.

During a presidential debate in 2020, Trump was asked by moderator Chris Wallace if he would condemn white supremacists and militia groups. Democratic candidate Joe Biden interjected and specifically mentioned the Proud Boys. “Proud Boys – stand back and stand by,” Trump responded.

And it’s notable that Judge Timothy Kelley was appointed to the bench by President Trump.https://t.co/EI2KWkmdII