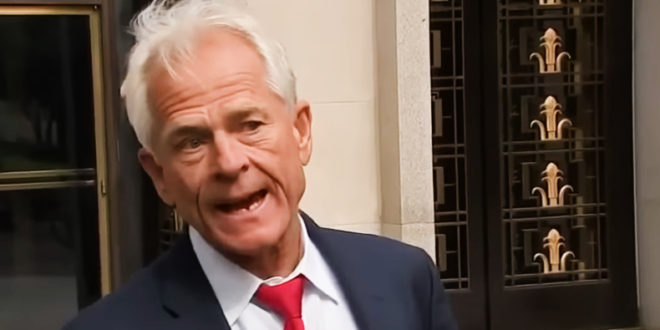 A federal judge declined Thursday to dismiss the criminal contempt of Congress charge brought against former Trump White House adviser Peter Navarro for his failure to comply with a subpoena from the House select committee that investigated the January 6, 2021, attack on the US Capitol.

In his opinion, US District Judge Amit Mehta dismantled a wide variety of arguments that Navarro had brought trying to get the case thrown out.

Mehta’s decision clears the way for the contempt of Congress case – the second such prosecution that the Department of Justice has brought stemming from the now-defunct House January 6 probe – to go to trial at the end of the month.

NEW: A federal judge on Thursday *denied* Peter NAVARRO’s effort to dismiss the contempt of Congress case against him — and gutted most of the defenses he plans to offer.

It’s deja vu if you followed the Bannon case.https://t.co/FOWdBsLEgk