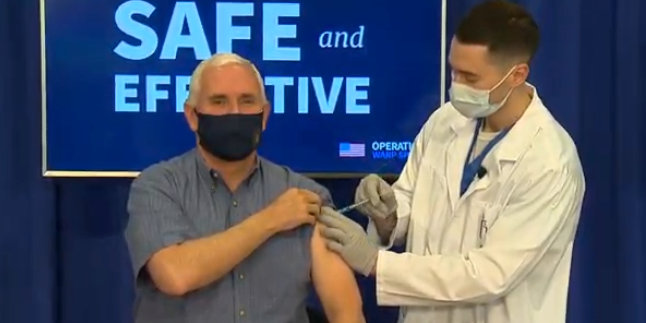 Pence: Reinstate And Give Back Pay To Anti-Vax Troops

Former Vice President Pence in an exclusive interview called on the Biden administration to reinstate and repay members of the military who were discharged for refusing to take the COVID-19 vaccine now that the mandate for the shot has been lifted.

“I think it was unconscionable that the Biden administration mandated the vaccine on members of the Armed Forces of the United States, and I celebrate Congress’ recent decision to rescind that mandate, but that doesn’t go far enough,” Pence said.

The mandate was rescinded through a bipartisan defense policy bill signed into law late last year. Pence was a major proponent of Operation Warp Speed and he got his shot on camera in the final weeks of his vice presidency to promote its safety.

Pence: Discharged military members should be reinstated, get back pay over vaccine mandates https://t.co/dr3uaoye36 pic.twitter.com/l5Et6SP1zr