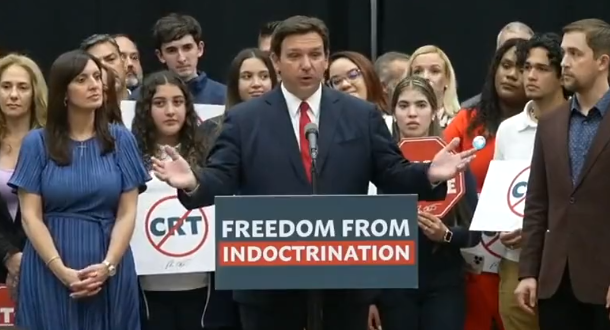 Over Half Of LGBTQ Parents Consider Leaving Florida

New research on LGBTQ parents in Florida found that a majority of those surveyed considered leaving the state over its controversial law restricting classroom instruction on LGBTQ issues before the fourth grade.

Nearly six out of 10 parents surveyed by the Williams Institute said that the enacting of the legislation commonly known as “Don’t Say Gay” led them to consider moving to a different state — while 17% have already taken steps to do so.

The research — released Tuesday by The Williams Institute at UCLA School of Law, a think tank that focuses on LGBTQ law and policy — also found that 11% of surveyed parents considered moving their child to a different school.

More than half of LGBTQ+ parents surveyed for our new study have considered moving out of Florida because of the “Don’t Say Gay” law – and 17% have taken steps to do so. https://t.co/DClPKBZNK6 @ClarkUniversity pic.twitter.com/l0gvK7SMIb

The increase in bullying of LGBTQ youth in Florida makes sense when you realize that the people in their 30’s and 40’s who called us faggots in high school are in charge in Florida and want their kids to be able to do the same without repercussions. pic.twitter.com/VjXCkWn5au