The wait is over for many commuters, as the LIRR finally begins service at Grand Central Terminal on Wednesday.

The station itself is called Grand Central Madison and it is built 17 stories below street level. That means it takes a few minutes to get there. From the street, most riders will travel down one escalator, then down a set of stairs through the corridors and into the concourse.

Riders will then head down the longest escalator in New York. Eyewitness News reporter NJ Burkett found out it takes a minute and thirty eight seconds to go from top to bottom. From there, it’s down another set of stairs to the platforms.

For the first few weeks, the Long Island Rail Road will run with only limited service between Grand Central and its Jamaica station in Queens. Eventually, passengers can change there for trains on 10 of its 11 branches and zones — and the new line will stop at another station for passengers on the other branch.

The transit authority predicts that the new service will change the way Long Island passengers commute, because about 45 percent of them go to Grand Central. That will reduce what Lieber called “the craziness” at overcrowded Pennsylvania Station, until now the only destination for Long Island trains in Manhattan.

The new service is beginning at a time when transit patterns remain a question mark as many workers continue hybrid work arrangements. Weekday ridership on the Long Island Rail Road averages about 65 percent of prepandemic levels, roughly the same proportion as on the subways.

The $11.1 billion project — the first expansion of LIRR service in more than a century — will connect all 11 LIRR lines to the brand new, 700,000 square foot station below Grand Central Terminal. Gov. Kathy Hochul will be aboard Wednesday’s inaugural ride and deliver remarks after its arrival.

Danny Pearlstein of the Riders Alliance advocacy group called the 11-figure cost of the project into question during a Wednesday appearance on PIX11 Morning News.

A spokesperson for Hochul issued a response to PIX11 News, defending the project and saying that the governor is dedicated to future expansion of public transportation options at an appropriate price. 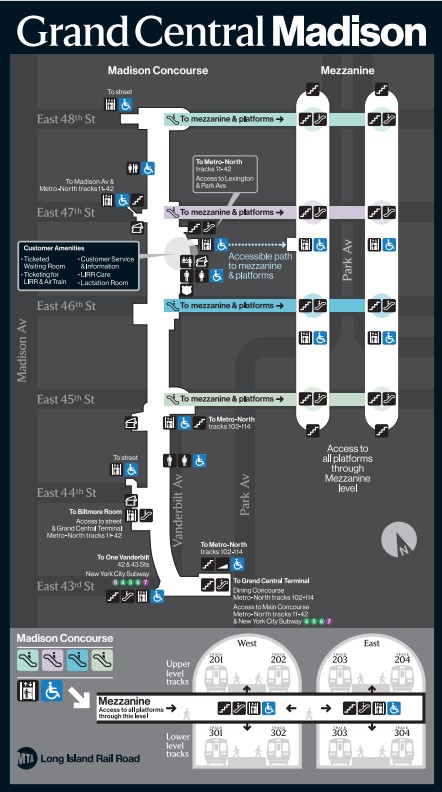 It’s been years in the making, but the long-awaited Long Island Rail Road service to Grand Central Madison is set to begin Wednesday on a limited basis, according to the MTAhttps://t.co/QSVHryfLaw

and hey, if you’re going to check out Grand Central Madison and want to know how to navigate, where to enter, etc., we’ve got a guide for that https://t.co/BUUYZiWSxr