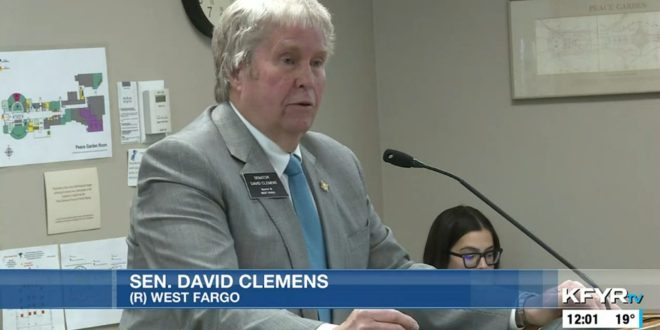 A controversial bill has been introduced by lawmakers involving language surrounding transgender people. If someone involved in an organization that receives state funding, including public schools, violated the proposed law, they would receive a fine of $1,500.

“Say, they’re a boy, but they come to school and say they’re a girl. As far as that school is concerned in this bill, that person is still a boy. If it becomes contested, the burden will be on the girl, the so-called girl, or the boy, to prove that he is a girl,” said Senator David Clemens, R-West Fargo.

Apart from the bill’s sponsor, there wasn’t any testimony in favor of the bill. The Senate Judiciary Committee voted unanimously to give this bill a “do not pass” recommendation. Next, it goes to the Senate floor.

Read the full article. Clemens’ photo has caused “Captain Kangaroo” to trend on Twitter this morning.

Under the proposed bill, someone’s sex at birth would, by state law, be their gender. The second thing the bill would do would be to require all pronouns used to reflect that definition of gender. https://t.co/sv7MvDYyMI