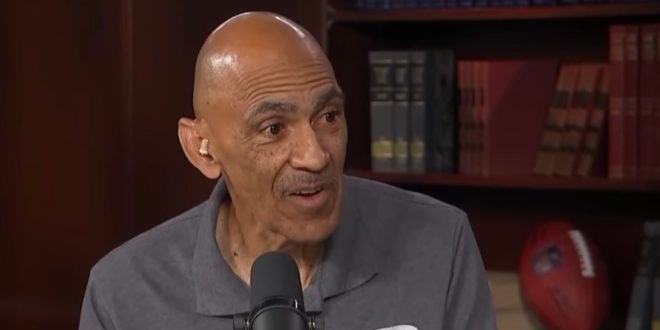 Pro Football Hall of Famer and NBC analyst Tony Dungy apologized on Saturday after he posted a tweet this week pushing a debunked conspiracy theory about transgender and nonbinary children. Dungy replied to a tweet by pushing a widely debunked conspiracy theory that claimed school districts in the United States were “putting litter boxes in school bathrooms for students who identify as cats.”

Dungy’s initial tweet drew intense backlash. The conspiracy theory is being used by people as a political talking point to harm transgender and nonbinary youth. Dungy has a history of discriminatory rhetoric against the LGBTQ+ community while using his religion as an excuse to do so. Despite his tweet this week, Dungy will still be on the air for NBC’s playoff coverage this weekend.

He’s not apologizing for spreading a right-wing lie, or explaining why he fell for it, or promising to stop trusting conservative propaganda.

Even worse, he’s using his Christianity to distract from taking responsibility. https://t.co/NguMKKtXB5