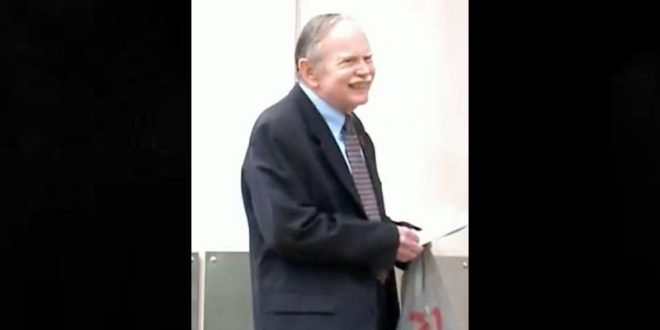 A former Catholic priest was sentenced Tuesday to five years in prison after admitting to possessing thousands of pieces of child pornography and putting them into PowerPoints that he edited over the course of more than a decade.

Father James Beighlie, 72, was a Vincentian priest who most recently served as an associate pastor at St. Vincent de Paul Parish in St. Louis. He pleaded guilty in October to two counts of possession of child pornography. In exchange, prosecutors recommended he receive a prison sentence within a federal guideline range of just over seven years in prison.

Assistant U.S. Attorney Colleen Lang argued Beighlie’s crimes were serious: He spent years cultivating thousands of images and dozens of videos, curating them in PowerPoint presentations that were revised dozens of times.

Beighlie created two PowerPoint presentations with graphic titles that linked to thousands of the images. On May 17, 2021, while he was working at the Congregation of the Mission, colleagues found compromising images of Beighlie on a church printer. The church launched an internal investigation. When a private IT support company found what appeared to be videos of minors engaging in sex acts, an attorney for the church contacted the FBI.

During Tuesday’s hearing, Beighlie’s attorney argued for supervised release, saying his client had serious health issues and was already staying at the Vianney Renewal Center, a Roman Catholic facility in Missouri that treats sexually abusive priests.

A Congregation of the Mission spokesperson said in October there are no other known allegations of sexual abuse of a minor involving Beighlie.

Beighlie previously was on the faculty at St. Thomas Aquinas/Mercy High School in St. Louis, at Vincent Gray Academy in East St. Louis and an associate pastor at Our Lady Queen of Peace parish in House Springs, according to the Congregation of the Mission.