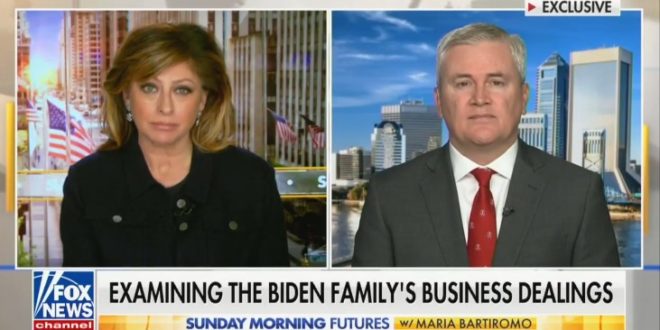 Speaking with Rep. James Comer (R-KY) on Sunday Morning Futures, the Fox News anchor floated the notion that the president committed treason by keeping classified documents from his time as a Senator and Vice President at his Delaware residence and his Washington office.

“Is this treason?” Bartiromo asked. Comer wasn’t quite willing to go that far, but also didn’t dismiss the idea outright. “It’s very concerning,” Comer said. “We’re not going to let up. I think that we’ve got plenty of information to move forward [with an investigation].”

Bartiromo has been named in Smartmatic’s $2.7 billion defamation suit against Fox News and two other Fox hosts.

She has also claimed on-air that the Capitol rioters were egged on by Democrats wearing “MAGA clothing.”

“Is this treason?” — Maria Bartiromo to James Comer on Biden’s handling of classified documents pic.twitter.com/yJyjBfCOz7