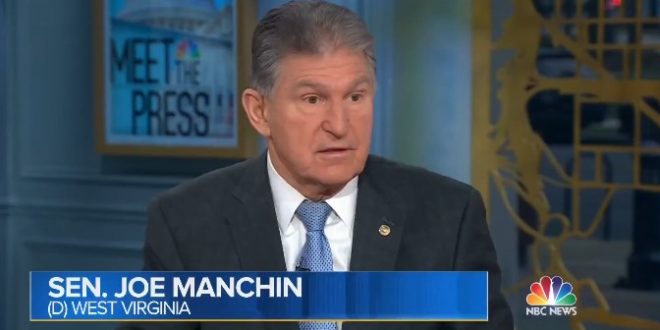 Sen. Joe Manchin (D-W.Va.) said on Sunday he would support Sen. Kirsten Sinema (I-Ariz.) if she seeks reelection in 2024, even if the newly-independent senator is challenged by a Democrat.

When asked by CNN’s Dana Bash on “State of the Union” if he would support a run by Sinema, even if another Democrat runs against her, Manchin said: “I would think that she needs to be supported again, yes, because she brings that independent spirit.”

“It’s not about Democrats and Republicans. You get the best person that’s willing to speak their mind. And she has…,” he said.

Manchin: “I saw her hand go up, and I said ‘sure.’ The two of us are committed to protecting the filibuster.” pic.twitter.com/F1km4Y44Fy

“It’s totally irresponsible” — Manchin becomes the second Dem senator to flog Biden for his handling of classified documents on CNN’s State of the Union pic.twitter.com/kqf6XryMpZ

“I think it’s a mistake because we have to negotiate.”

Sen. Joe Manchin (D-WV) responds to the White House’s position that there will be no negotiations with Congress over raising the national debt ceiling. #CNNSOTU @CNNSotu pic.twitter.com/LetHq7vHJ6