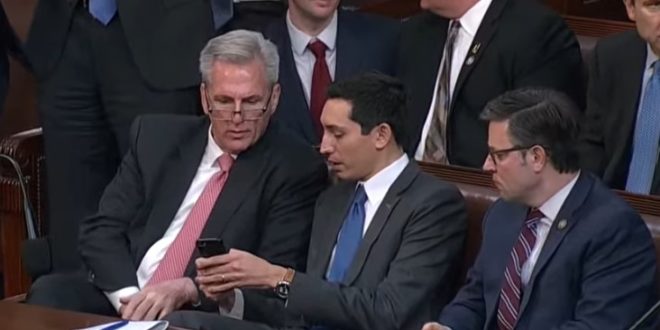 Rep. Kevin McCarthy is close to tying a 100-year record he doesn’t want to own. After eight consecutive losses in his bid for House speaker, McCarthy could match the nine voting rounds it took Frederick Gillett, R-Mass., to win the position in 1923.

Anything beyond and he’d eclipse that historic record. The most votes it took to elect a speaker was in 1856 when Republican Rep. Nathaniel Banks won after 133 rounds of voting. McCarthy’s bid marks the third time in history a speaker wasn’t elected on the first ballot.

CSPAN reports that there will be a ninth vote and then a motion to adjourn.