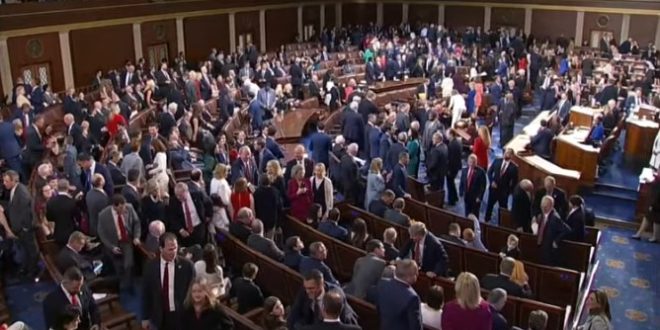 LIVE VIDEO: House Reps Vote On Their Next Speaker

The embattled No. 1 House Republican gave a speech making the case for why he should have the gavel, telling his Republican colleagues that he’s “earned this goddamn job,” according to sources in the room who said his remarks received a standing ovation.

Rep. Lauren Boebert (R-CO), one of his detractors, reportedly yelled, “This is bullshit,” after the speech.

A primer on today’s House math:

Current House practice dictates that the Speaker must be elected by a majority of those voting for a specific Speaker candidate by surname. Vacancies, absences and “present” votes lower that threshold.

Theoretically, some McCarthy opponents could vote “present” rather than for an alternative candidate in order to express opposition without jeopardizing McCarthy’s path to the gavel.

The circus starts at noon.