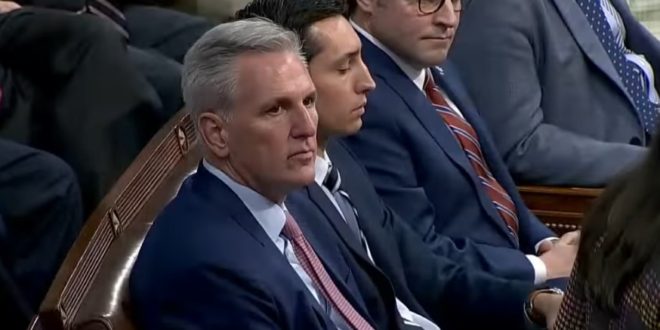 The race for House speaker race remains undecided as Republican leader Kevin McCarthy continued to fail to win a majority in the first six rounds of voting. It has been nearly a century since a speaker vote took multiple ballots. Only eight other times in U.S. history has it taken more than three rounds.

According to the House of Representatives, there have been 127 speaker elections since 1789. In the modern era, a nominee needs a majority of the House members voting — 218 if all 435 are present — to become speaker.

Prior to this week’s votes, 14 speaker elections required multiple ballots, with 13 of those occurring before the Civil War. The only time in the post-Civil War era was in 1923, when it took nine tries.

Previous Carlson: Hatred Of Liberals Made Me Predict Red Wave
Next Vaseline Woman: Katie Hobbs Is Only Playing Governor