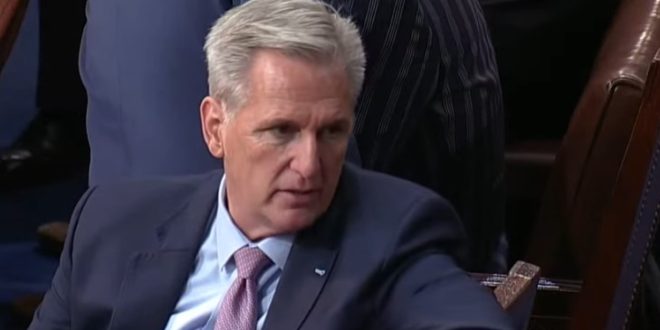 The House adjourned until 10 p.m. as McCarthy waits for two of his supporters — Rep. Ken Buck, R-Colo., and Rep.-elect Wesley Hunt, R-Texas — to fly back to Washington for additional votes Friday evening.

A handful of hard-line conservatives, led by Florida GOP Rep. Matt Gaetz, have continued to derail McCarthy’s bid for speaker. Six consistently voted against him Friday and, because of the GOP’s new razor-thin majority, McCarthy can afford only about four GOP defections on any speaker vote, depending on absences.

The breakthrough for McCarthy came after two days of talks between his camp and leaders of Freedom Caucus that resulted in a deal on a package of rules changes, promised spending cuts and committee slots for HFC members.