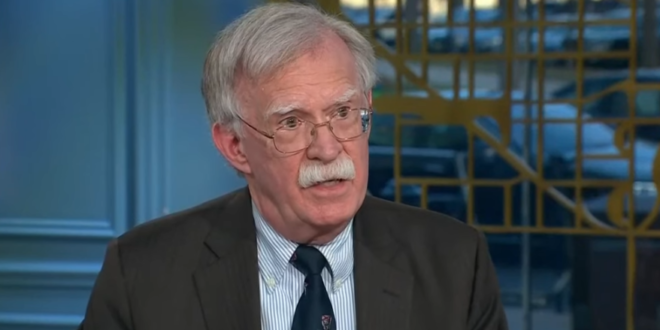 Former US national security adviser John Bolton has vowed to launch a presidential bid and confront Donald Trump, whose support he alleges is in “terminal decline”.

The 74-year foreign policy hawk has never held elected office, but has said he believes he could win in two years, by pushing for America to adopt a tougher line against nations such as China and Russia.

A longtime backer of the invasion of Iraq, Mr Bolton claimed in an interview with a British broadcaster that his run would not be a vanity project. “I wouldn’t run as a vanity candidate. If I didn’t think I could run seriously then I wouldn’t get in the race,” he told ITV’s Good Morning Britain.

Donald Trump’s former national security advisor John Bolton has told us that he will run for US President in a bid to stop his former boss from getting back into the White House. pic.twitter.com/ZY66AFQ2od

John Bolton is running for President: “I’ve said I would contemplate getting into the 2024 race myself if others don’t step up.” pic.twitter.com/gGdEu4aloD