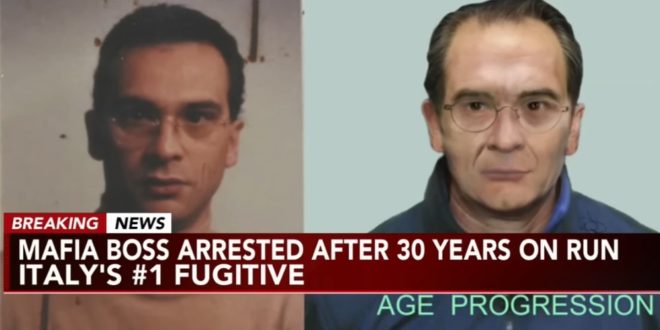 Italian police on Monday arrested Matteo Messina Denaro, the country’s most wanted mafia boss who had been on the run since 1993, swooping on a private hospital in the Sicilian capital Palermo where he was undergoing treatment.

Prosecutors say Messina Denaro, 60, is a boss of Sicily’s Cosa Nostra mafia. He had been sentenced in absentia to a life term for his role in the 1992 murders of anti-mafia prosecutors Giovanni Falcone and Paolo Borsellino.

Messina Denaro also faces a life sentence for his role in bomb attacks in Florence, Rome and Milan which killed 10 people the following year. Italian Prime Minister Giorgia Meloni hailed the arrest as “a great victory for the state that shows it never gives up in the face of the mafia”.

Previous GOP Rep: There’s Proof That UFOs Are Real In The Bible
Next George Santos Linked To Sanctioned Russian Oligarch