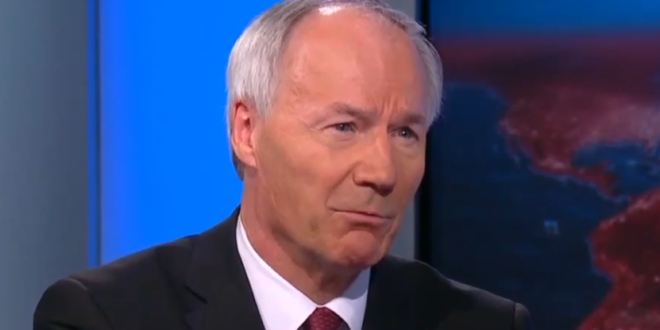 Hutchinson faces charges of simultaneous possession of drugs and firearms along with refusal to submit to a chemical test and a second alleged violation of driving while intoxicated.

He is being held without bond at this time. The charge of simultaneous possession of drugs and a firearm is a Class Y felony that is punishable by up to 10 to 40 years of life in prison.

Read the full article. The younger Hutchinson has previous arrests on similar charges. The former governor is widely expected to run for president.