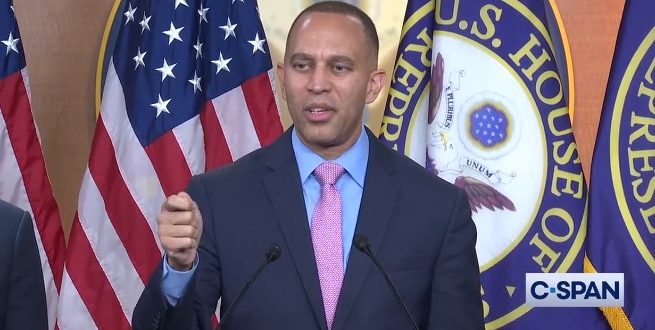 Speaker Kevin McCarthy and House Minority Leader Hakeem Jeffries have finally reached an agreement on ratios for four exclusive committees, the most highly-sought after assignments for members. And things are mostly staying the same.

With Republicans navigating the same narrow majority that Democrats had in the last Congress, we didn’t expect huge shakeups on the “A” committees – Appropriations, Energy and Commerce, Financial Services and Ways and Means.

“These ratios are consistent with an inversion of those from the last Congress where we held a similarly-sized majority, with the exception of a few changes in overall committee size,” Jeffries wrote to House Democrats in a “Dear Colleague” over the weekend.

The former President was impeached twice.

For corrupt abuse of power and inciting a violent insurrection.

There is nothing extremist Republicans can do to remove that malignant stain from history.