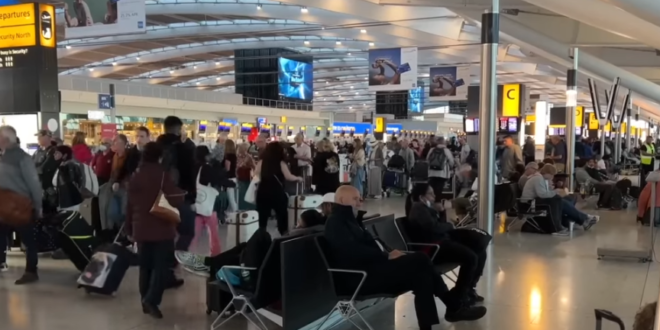 Border Force officers at Heathrow Airport have seized material contaminated with uranium, it has been reported. Counter-terrorism is said to be investigating the incident after a package coming into the UK was found with traces of the radioactive element.

It was discovered by officers on December 29, and after being assessed it was said to be ‘posing no threat to the public’. The shipment has triggered fears that a dirty bomb, a mixture made of explosives and radioactive material, was being built in Britain. No arrests have yet been made in the case.

It has been reported that Border Force officers at Heathrow Airport have seized a package that contained material contaminated with uranium. https://t.co/C9MpJUSZkr

Full support to the police and Border Force in their ongoing investigations in this serious case – shows the immensely important work they & intelligence services do on security & keeping country safehttps://t.co/8oNksurL2Q