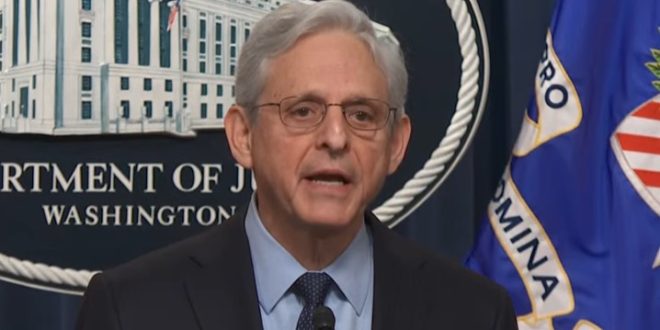 Attorney General Merrick B. Garland on Thursday appointed Robert K. Hur, a veteran prosecutor who worked in the Trump administration, to handle the investigation into how classified documents from President Biden’s time as vice president ended up at his private office and home.

The appointment of Mr. Hur, who previously served as the U.S. attorney for Maryland during the Trump administration, is tasked with investigating “the possible unauthorized removal and retention of classified documents or other records discovered” at the office of Mr. Biden’s think tank in Washington and his residence in Wilmington, Del., according to the order signed by Mr. Garland on Wednesday.

Attorney General Garland announces he’s appointed a special counsel to look into President Biden’s retention of classified documents after the White House confirmed documents were found at his Delaware garage and private office.

Previous WH Confirms Docs Were Found In Biden’s DE Garage
Next Pence: Reinstate And Give Back Pay To Anti-Vax Troops