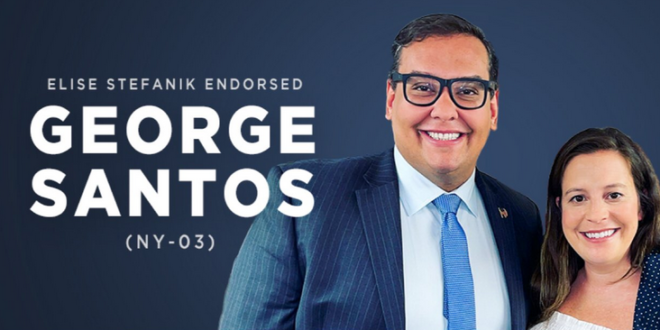 Donors Turn On Stefanik For Pushing Santos On Them

Stefanik was a key validator for Santos in their shared home state and often touted the candidate in public and private forums. Several prominent GOP donors told CNN that they gave to Santos, who was largely unknown to them, because Stefanik backed him.

Multiple Republican operatives in Washington and New York told CNN that they found it implausible that Stefanik had not been aware of Santos’ falsehoods, given rumors about Santos had been passed around in GOP circles since at least the summer of 2021.

Read the full article. One donor tells CNN that she cut off Santos after he lied to her about having gotten Trump’s endorsement. Per the linked report, Stefanik was “laser-focused” on getting Santos elected, more so than any other candidate she was backing.

George Santos’ lies are casting a harsh spotlight on a powerful Republican who endorsed and raised money for him – CNN Politics https://t.co/hUkMQJ8rCj