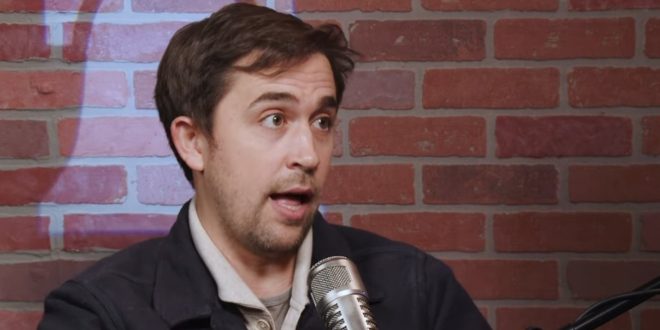 Gov. Ron DeSantis has appointed conservative activist Christopher Rufo and five others to the New College of Florida Board of Trustees in his continuing move to eliminate “political ideology” from public higher education.

With the six new members of the school’s Board of Trustees, the DeSantis admin plans to weed out concepts like diversity, equity and inclusion (DEI) and critical race theory (CRT). The move comes amid low student enrollment at the New College of Florida and as DeSantis ramps up his second term.

I’m proud to announce that Gov. Ron DeSantis has appointed me to the Board of Trustees of the New College of Florida.

My ambition is to help the new board majority transform New College into a classical liberal arts institution.

We are recapturing higher education. pic.twitter.com/wu7OKRhzhM

DeSantis appoints anti-civil rights activist Chris Rufo to New College of Florida Board of Trustees; Rufo is known for his attacks on CRT and spreading the “groomer” slur against gay and trans people https://t.co/cqz6BCnYtC

Rufo to the NY Times: “It’s wrong, factually and morally, to accuse someone of being a groomer with no basis and evidence. It’s become a powerful word that should be used with great responsibility.” https://t.co/1Mpv5T72Lj
Rufo in real life: pic.twitter.com/z9oLcXYyGk

As I noted to the NY Times, it’s the same Rufo strategy between the CRT and groomer labels: take down policies or institutions that have popular support by rebranding them in a negative and misleading way. https://t.co/KxhCqoskLN pic.twitter.com/gYBfCcakdb

The same person who started the CRT panic also created the groomer lie. Christopher Rufo is nothing short of evil. “We are building a new model of conservative activism” with the grooming messaging, argues Christopher Rufo, a leading anti-critical race theory activist.” ~ Rufo

Christopher Rufo bitching about fact checking after he lied about CRT and groomer theory is just… So quintessentially 2022 it hurts. https://t.co/vEVFn5INEB

So Chris Rufo deceptively said the exec "wants a minimum of 50 percent of characters to be LGBTQIA and racial minorities" in the leaked video — though she doesn't say that.

Sandra Smith now says Disney wants 50% of their characters to be gay.

It's only going to get worse. pic.twitter.com/W3vltH57SB