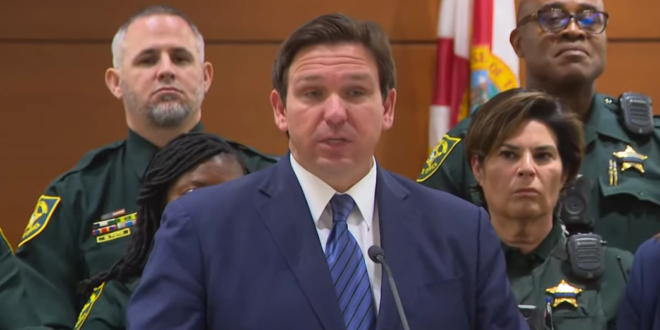 Gov. Ron DeSantis started out his week with the Florida Sheriff’s Association (FSA), where he discussed his desire to allow juries to administer the death penalty via a supermajority vote, rather than requiring unanimity.

“Fine, have a supermajority. But you can’t just say one person (can decide against the death penalty). So maybe eight out of 12 have to agree? Or something. But we can’t be in a situation where one person can just derail this,” DeSantis said.

The pitch comes in the wake of the Parkland killer not getting the death penalty because of what DeSantis called one person’s “idiosyncratic” approach to the proceedings, though there ultimately were three votes not to execute the murderer.

‘Obviously a majority of the jury has to, maybe a supermajority.’@GovRonDeSantis ready to end unanimous verdicts as threshold for state to execute prisoners