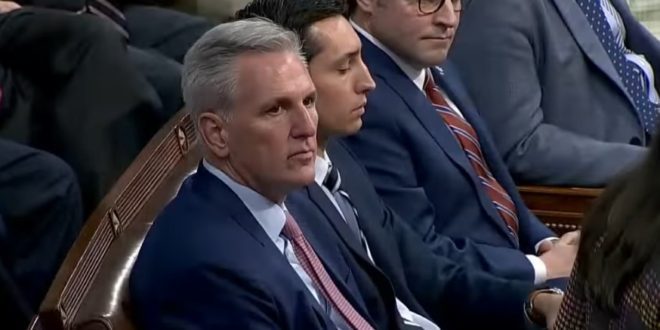 Dems Plot To Use New GOP Rule Against McCarthy

Kevin McCarthy’s concessions to conservatives did more than win him the speaker’s gavel — they empowered House progressives to wreak havoc. And they’re eager to mess with him.

Republicans’ new rules allow just one member, regardless of party, to force a floor vote on deposing the speaker. And liberal Democrats, some of whom are part of the progressive “Squad,” are warning they have no problem with using the move against McCarthy, even if they don’t expect it to succeed.

“Why not? You know, that sounds like a good idea,” said Rep. Jamaal Bowman of the new rules for a motion to vacate the chair. “Whenever we want to cause complete chaos, we’ll do that.”

Progressives mull whether they’d force a vote to depose McCarthy as Speaker, using the motion to vacate

Bowman told @nicholaswu12: “You know, that sounds like a good idea.”https://t.co/PABCyac7L2 via @politico