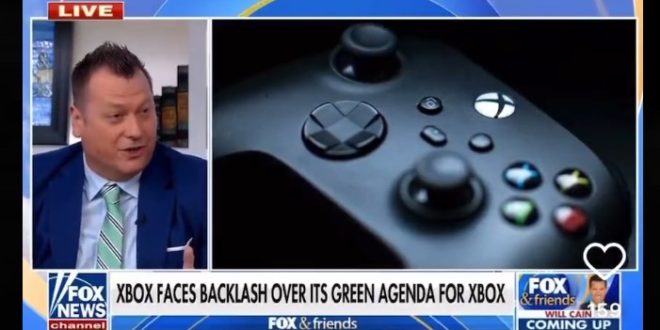 Microsoft is rolling out an update to Xbox consoles starting today that will automatically switch them to a power-saving Shutdown mode, instead of the usual energy-hungry Sleep mode. It’s part of a broader effort by Microsoft to make Xbox the “first carbon aware console.”

Blaine Hauglie, technical program manager at Xbox, writes in a blog post announcing the change that the update “will create opportunities for our collective community of gamers to make choices to reduce environmental impact while gaming.”

Having Sleep as the first-listed power mode could draw 4 billion kilowatt-hours in the US through 2025, the equivalent of a 500 MW power plant, $500 million in energy costs and 3 million tons of carbon dioxide output.

Read the full article. And here comes the screaming.

Earhardt: “Xbox has also announced that they’re going woke because of climate change”

Failla: “They’re trying to recruit your kids into climate politics at an earlier age”

Are you ready for 5 days of Republican fake outrage about Xbox? pic.twitter.com/xEGaP54VVz