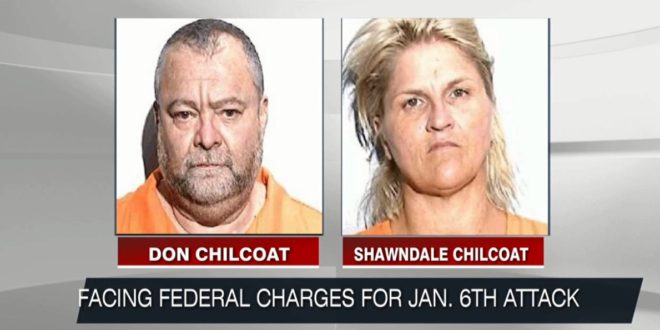 On Wednesday, CBS News’ Scott MacFarlane, the lead reporter covering the January 6 rioter trials, reported that a pair of defendants tried to invoke the “sovereign citizen” movement in court — only for it to blow up in their faces. Shawndale and Donald Chilcoat of Celina, Ohio, face six felony charges.

Prosecutors say they could be seen in social media posts smashing out windows in the Capitol after illegally entering with the mob — and according to the report, they went around their own attorney to push their own legal theories in court.

So-called sovereign citizens claim, in part, that the United States does not exist as a legal entity and that they are therefore immune from any federal or state laws.