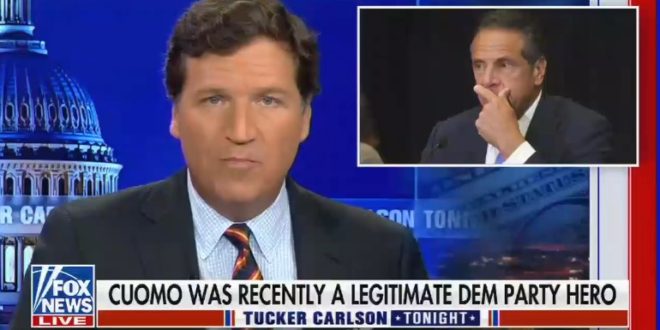 Carlson: Cuomo Was “Iced” Out Because He’s White

“It’s hard to remember now, but it wasn’t that long ago that Andrew Cuomo was not only the governor of New York, but also a legitimate hero in the Democratic Party.

“What exactly did he do wrong? He outlived his usefulness to the party — that’s what he’s did. He stayed too long.

“Cuomo was in his 60s, he was white, he was male, he was someone whose demographic profile represented the Democratic Party of the past, not of the future.

“He talked like a mafia don negotiating garbage contracts. He was a little embarrassing. Because of that, his own people iced him and they replaced him with someone who looked the part.” – Tucker Carlson, last night.

Previous Owens: Defund All Museums, They Steal Our Taxes
Next Shareholders Sue Southwest Over Holiday Meltdown