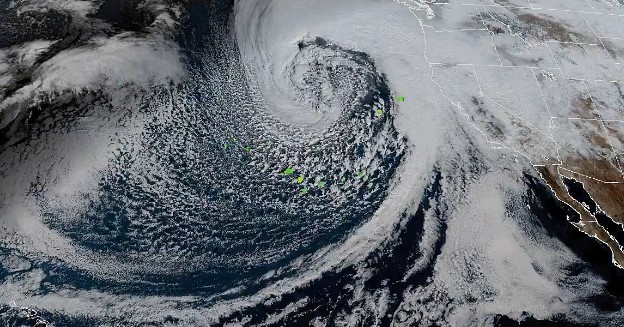 Working to protect Californians from the incoming winter storms, Governor Gavin Newsom today proclaimed a state of emergency throughout California to support the ongoing response to recent winter storms.

The Governor has also activated the State Operations Center to its highest level, and the state and federal government have stood up the Flood Operations Center, which covers forecasting, reservoir operations coordination, and provides technical support as well as flood fighting materials like sandbags for local agencies.

“California is mobilizing to keep people safe from the impacts of the incoming storm,” said Governor Newsom. “This state of emergency will allow the state to respond quickly as the storm develops and support local officials in their ongoing response.”

The moisture-rich atmospheric river — fed by a plume of subtropical water vapor at the lower and middle levels of the atmosphere — is expected to bring wind gusts up to 60 mph and more than 6 inches of rain in some parts of the Bay Area through Thursday.

Wednesday’s storm is the third atmospheric river that’s hit California in the last two weeks. The successive storms have brought a deluge of water to the drought-stricken state, prompting Gov. Newsom to declare a state of emergency to “support response and recovery efforts.”

The bomb-cyclone system continues to strengthen as it spins off the coast of California and Oregon, leaving a spectacular display on satellite imagery as it undergoes its rapid intensification.

California is bracing for the one of the worst storms of the last five years, according to the newly-appointed (as of 4 days ago!) director of @Cal_OES.

If you’re watching from outside the Bay Area — here’s what to know about the storm hitting the state. https://t.co/cSmpycrV7D

Winds from bomb cyclone to approach hurricane-force:
Wind gusts may approach 74 mph — the speed of a Category 1 hurricane — or greater in locations spanning from Washington state to areas of Southern California. https://t.co/ud7uazzXLW pic.twitter.com/lleVnHSuh1

Previous New York To Sell Casino Licenses At $500 Million Each
Next UPDATE: House Votes 216-214 To Adjourn For Today