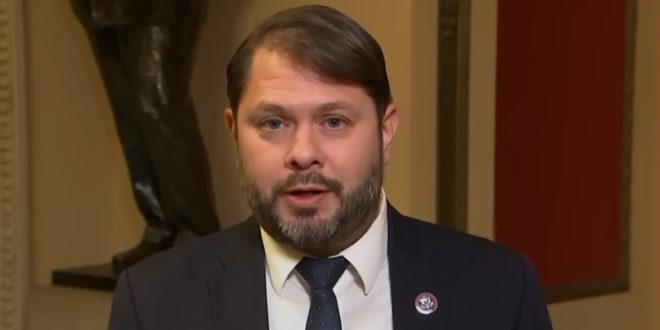 Democratic Rep. Ruben Gallego of Arizona on Monday announced his campaign for US Senate, setting up a potential 2024 clash with Sen. Kyrsten Sinema, who recently switched her party affiliation from Democrat to independent. Gallego, a Phoenix-area congressman and retired Marine who served in Iraq, released a video of him telling a group of fellow veterans about his decision to run.

Gallego was first elected to the House in 2014. He is a member of the Congressional Progressive Caucus and also chaired the Congressional Hispanic Caucus’ campaign arm, BOLD PAC, during the 2022 cycle. Several Republicans are considering running for Sinema’s seat. Defeated Arizona gubernatorial candidate Kari Lake is considering a Senate bid, according to a source close to Lake.

Growing up poor, all I had was the American dream. It kept me going: as a kid sleeping on the floor, a student scrubbing toilets, a Marine losing brothers in Iraq.

Today, too many Arizonans see their dream slipping away. I’m running for the U.S. Senate to win it back for you! pic.twitter.com/ofUvUYRcTP

This campaign will be funded by lots of people donating what they can, when they can. So please, become a Day One Founding Donor today. It all adds up when we all chip in. And that’s how we’ll win this race: together.⤵️https://t.co/L6Sbuxemtk