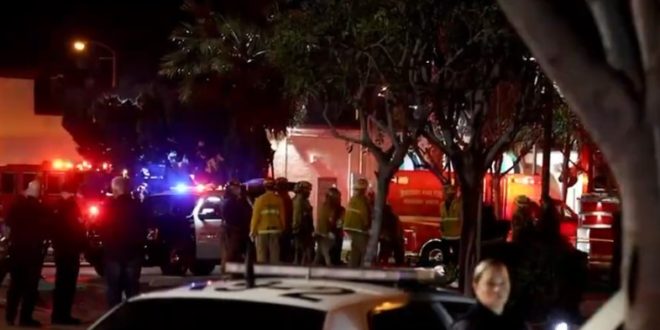 Ten people were killed and at least 10 others were injured when a gunman opened fire at a ballroom dance studio in Monterey Park on Saturday night, the Los Angeles County Sheriff’s Department said.

The mass shooting, one of California’s worst in recent memory, happened in the 100 block of West Garvey Avenue at around 10:22 p.m., sheriff’s Capt. Andrew Meyer told reporters Sunday morning. There was scant information on the suspect: Male and still at large. There is no known motive, nor a description of the shooter.

“When officers arrived on scene, they observed numerous individuals, patrons … pouring out of the location, screaming. The officers made entry to the location and located additional victims,” Meyer said.

The FBI’s Los Angeles Field Office is working with the Los Angeles County Sheriff’s Department Homicide Bureau, the Monterey Park Police and other agencies as they investigate the mass shooting that killed at least 10 people on Saturday night.

“We’re working with the California Governor’s Office of Emergency Services, The Federal Bureau of Investigation LA office and numerous other law enforcement agencies,” he added.