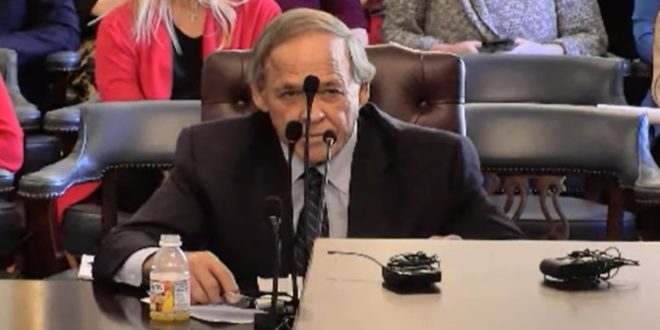 A controversial bill reclassifying drag performances as adult entertainment and placing limits on where performances can happen has been approved by Arkansas senators.

Tuesday afternoon, the full Senate passed SB43 29 to 6, with the split going straight down party lines with the majority Republican caucus solidly behind the measure.

The proposed law would add “drag performances” to the list of adult-oriented businesses in the Arkansas code. Other businesses classified this way include adult theaters and cabarets, as well as nude modeling studios.

The Senate sent Senate Bill 43 by Sen. Gary Stubblefield, R-Branch, to the House for further action. Senate Republicans voted for the bill while Senate Democrats voted against the bill.

Critics of the bill contended that it could infringe on the rights of transgender people and bar certain theatrical performances. But Stubblefield said “to me this is about protecting children.”

Stubblefield first appeared on JMG in 2015 when he authored a “religious freedom” bill that would have legalized anti-LGBTQ discrimination.

He specifically says “before you vote, ask yourself if god would approve of this”

“will it apply to a gay pride parade? Probably so.”