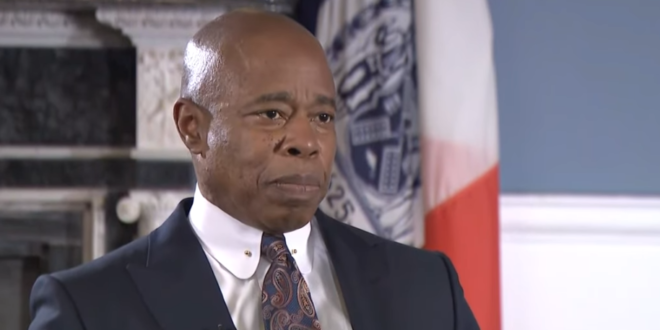 Mayor Adams is taking media coverage into his own hands. Adams, who has grown increasingly cranky lately with how he’s covered by the City Hall press corps, launched a newsletter Monday that he claimed will counteract “distorted” journalism about his administration.

“You can report a distorted version of what I say. I want to speak directly to the people of this city,” Adams said when asked by the Daily News why he’s starting the media service.

A City Hall spokesman said later in the day that the administration expects to budget upward of $75,000 per year for the initiative. Asked how frequently the newsletter will be published, the spokesman said, “As often as we think it can be an effective tool.”

Mayor Adams, who has grown increasingly cranky lately with how he’s covered by City Hall press corps, launches newsletter he claims will counteract ‘distorted’ journalism about his administrationhttps://t.co/qClCA3HD0s