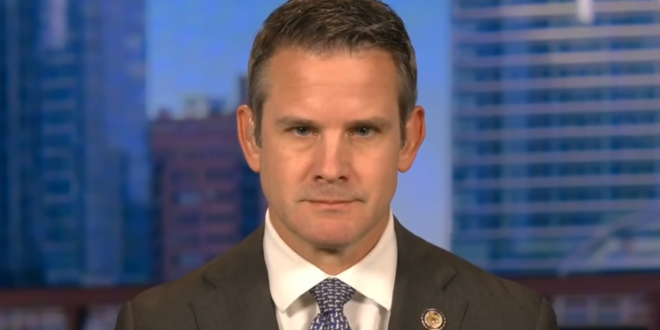 Adam Kinzinger On McCarthy: “Kevin’s A Piece Of Shit”

Adam Kinzinger’s shots at McCarthy stemmed from a conversation with Bulwark’s Charlie Sykes this week on the topic of Rep. George Santos (R-NY). Sykes suggested McCarthy may do nothing at all to Santos, and Kinzinger, who recently signed on with CNN, eagerly agreed, describing him as a power-hungry leader.

“Kevin’s a piece of shit,” Kinzinger said. “And let’s just be honest about this, because he will say whatever he needs to say to stay in power. I’m not even saying that gratuitously to be mean to him. It’s just a fact. Kevin needs his vote. If this was a 20 vote majority, he’d throw Santos under the bus, but it’s a five-vote so he needs him.”

Adam Kinzinger never doubted McCarthy would become Speaker. Bc Kinzinger knew an ambitious McCarthy would do anything, and debase himself on every level to get it. McCarthy was never going to be a Gov. or Sen. as a Calif. man. Becoming Speaker was the play https://t.co/wvGqg8p2Z5