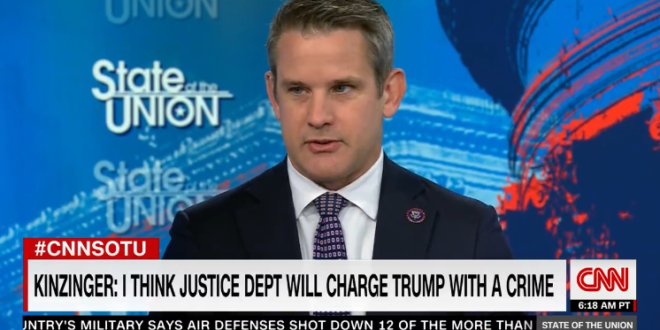 Adam Kinzinger: I Think The DOJ Will Charge Trump

“If this is not a crime, I don’t know what is,” Kinzinger, one of two Republican members of the House Jan. 6 committee, told CNN. “If a president can incite an insurrection and not be held accountable, then really there’s no limit to what a president can do or can’t do.”

“I think the Justice Department will do the right thing. I think he will be charged, and I frankly think he should be,” Kinzinger told CNN. “If he is not guilty of a crime, then I frankly fear for the future of this country.”

“I feel honored to be at this moment in history and to have done the right thing,” he added.

“If he is not guilty of a crime, I frankly fear for the future of this country … ”