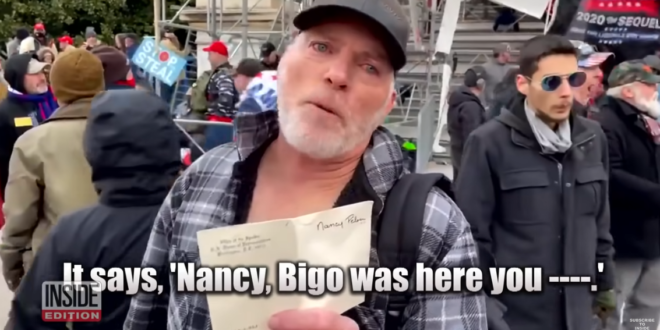 The man photographed kicking his foot up on a desk in then-House Speaker Nancy Pelosi’s office asked a federal judge not to let prosecutors mention the U.S. Capitol police officers who died after Jan. 6, 2021. Barnett faces a raft of charges in connection with Jan. 6, including obstruction of an official proceeding, entering a restricted building with a dangerous weapon, theft of government property and other counts.

The dangerous weapon is a stun gun, which was visible in his pants when he was photographed, leaning back and with a beaming smile, in Pelosi’s office. Barnett’s lawyer Brad Geyer asked the judge not to allow the government to call the Pelosi staffer who used that desk as a witness. Geyer also wants to prevent prosecutors from telling jurors that five police officers died, describing that widely cited statistic as a “falsehood.”

Read the full article. Last year Barnett rejected a plea deal that would have resulted in up to seven years in prison.