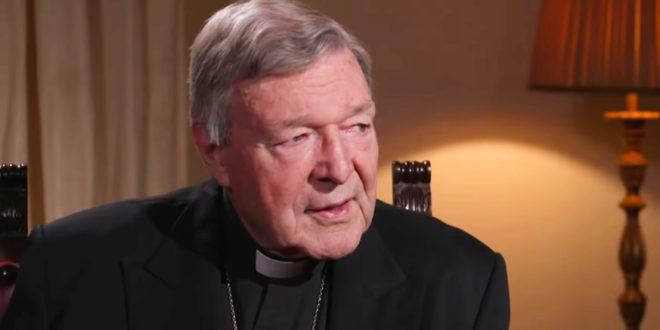 The Australian cardinal who decried the papacy of Pope Francis as a “catastrophe” was given a funeral Saturday in St. Peter’s Basilica, with the pontiff imparting a final blessing for the once high-ranking Vatican prelate. Cardinal George Pell, 81, died on Jan. 10, shortly after undergoing hip surgery in a Rome hospital.

Pell later returned to his native Australia to be tried on child sex abuse charges over allegations that he molested two choirboys while he was archbishop of Melbourne. He served a year in solitary confinement before an earlier court conviction was overturned in 2020.

As is customary for funerals of cardinals, a final blessing, delivered in Latin, in the form a prayer for mercy and eternal rest, was recited by Pope Francis.

Concelebrants of the funeral of Cardinal Pell pic.twitter.com/ztKxSaCmgK

Previous Carlson: Smoking Is “The Most American Of Pleasures”
Next Santos Stole “Volleyball Star” Story From Former Boss