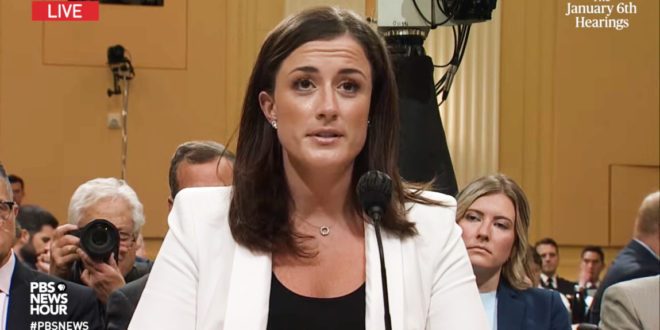 In the Sept. 14 interview — her fifth as a witness for the select committee — Hutchinson described frequent calls with McCarthy in the run-up to the attack on the Capitol and said that he told her he was afraid then-White House chief of staff Mark Meadows had not adequately prepared Trump to accept defeat.

Days later, McCarthy, despite his apparent commentary to Hutchinson, would vote to obejct to the election results in two states, even after the violence on Jan. 6. https://t.co/IjXkhmuSbf