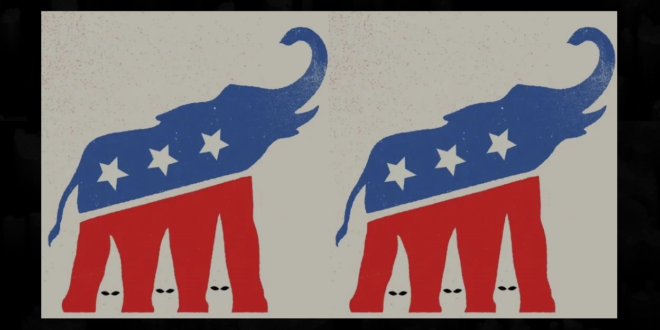 A familiar Republican Party mascot pictured on the Patrick County GOP website hid Ku Klux Klan imagery in its negative space, before it was removed Friday. In the triangular white spaces between the legs of the Republican Party’s elephant mascot, black dots create the image of eyeholes.

The image, since removed, bore an undeniable resemblance to the cone-shaped hoods worn by members of the infamous white supremacist group. The image has since been replaced with an image seal of the Commonwealth of Virginia, according to Patrick County GOP Chairperson Lynne Bogle.

“We had obviously not realized that this image could be interpreted that way,” Bogle said. “Now that it’s been pointed out to us, we have removed the image entirely and changed our website password.”

KKK imagery on GOP website in 2022. It’s time for ⁦@GovernorVA⁩ to tell us where he stands on this. Is there any accountability in the leadership of the GOP. Racist imagery on Patrick County GOP website ‘a mistake,’ Republican leaders say https://t.co/PNw9BTni8L