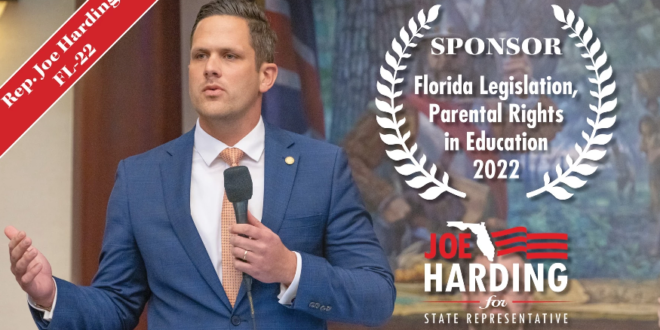 The U.S. Attorney’s Office said Wednesday that Harding is accused of making fraudulent applications to the disaster-loan program. The release said Harding “made false representations in supporting loan documentation, in the names of dormant business entities, submitted to the SBA.”

A trial for Harding is scheduled Jan. 11 in Gainesville, with U.S. District Judge Allen Winsor assigned to the case.

He was first nominated to the federal bench by Trump in 2018, but the nomination was never taken up by the full Senate. In 2019, Trump nominated Winsor again and he was confirmed months later by the Senate in a 54-44 vote.

In October 2022, Winsor ruled that Equality Florida and Family Equality did not have standing to challenge the “Don’t Say Gay” law.

BREAKING: One day after being indicted on charges of money laundering and wire fraud over COVID loans, state Republican Rep. Joe Harding of Ocala announced his resignation from Florida’s House of Representatives. by @romyellenbogen https://t.co/YaZgqGmhed