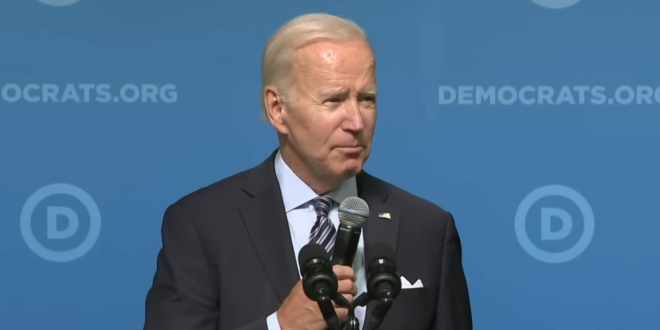 President Biden will sign into law Tuesday a bipartisan bill that will codify same-sex and interracial marriages with a large celebration on the South Lawn of the White House.

“Today, Congress took a critical step to ensure that Americans have the right to marry the person they love,” Biden said in a statement Thursday after the House passed the Respect for Marriage Act, which would recognize marriages federally and across state lines. The Senate passed it earlier.

“While we are one step closer on our long journey to build a more perfect union,” Biden added, “we must never stop fighting for full equality for LGBTQI+ Americans and all Americans.”

The White House has invited several thousands of guests to an elaborate signing ceremony on the South Lawn, complete with musical performances, as the president celebrates passage of what officials are calling a “historic piece of legislation.”

Once a fiercely divisive political issue, same-sex marriage has won mainstream approval in recent years, with polls showing that 70 percent of Americans support it.

That broad acceptance was the backdrop for a rare show of bipartisanship in Congress, where 61 senators and 258 House members voted to send the Respect for Marriage Act to Mr. Biden’s desk for his signature.

President Biden will sign the Respect for Marriage Act on Tuesday, mandating federal recognition for same-sex marriages. The White House has invited several thousands of guests to a signing ceremony on the South Lawn, complete with musical performances.https://t.co/SoBF903OXW