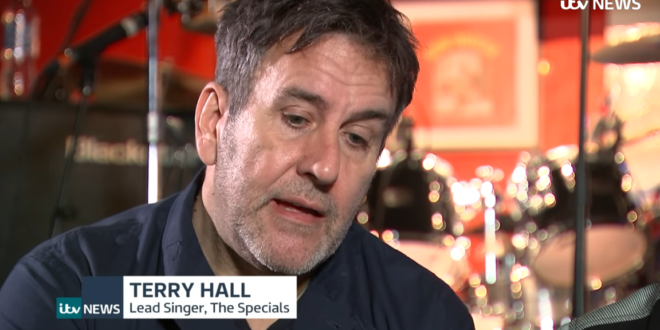 Terry Hall, Frontman For The Specials, Dies At Age 63

Terry Hall, the lead singer of the legendary ska band the Specials and former member of Fun Boy Three and the Colourfield, has died, his bandmates in the Specials have confirmed. They broke the news on social media, writing, “It is with great sadness that we announce the passing, following a brief illness, of Terry, our beautiful friend, brother, and one of the most brilliant singers, songwriters and lyricists this country has ever produced.” Hall was 63 years old.

The Specials formed in 1977 in Coventry, England. It was their 1981 single “Ghost Town,” though, that would intertwine the band with the history books for good, becoming the soundtrack to the 1981 England riots between young Black people and the police that summer in response to racial discrimination. Because the Specials railed against racism in their lyrics and fostered inclusive environments at their shows, neo-Nazis often targeted their concerts.

Read the full article. I’ve adored all of Terry Hall’s bands since I was in college. Below is just a sampling of their many hits.

Gutted to hear of the passing of #terryhall. He was a lovely, sensitive, talented and unique person. Our extremely brief romance resulted in the song Our Lips Are Sealed, which will forever tie us together in music history. Terrible news to hear this. 😢 pic.twitter.com/Fxxqr0p01T

Previous Musk: Only Those Who Pay The $8 Can Vote In My Polls
Next Electoral Count Reform Act Added To Spending Bill