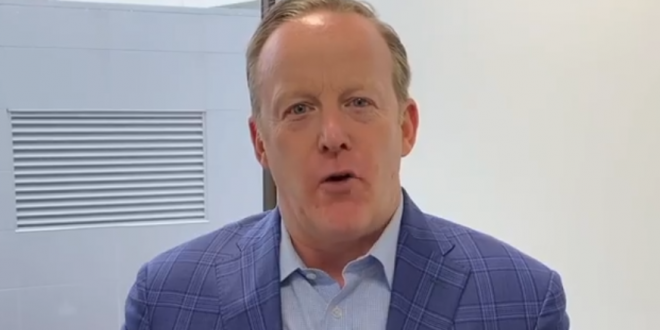 On Wednesday, the somber anniversary of the day Japanese warplanes launched a surprise attack against U.S. servicemen in Hawaii in 1941, Spicer posted a tweet to remember those lost. He seemed to have the best of intentions but was derided ruthlessly.

It was far from his first World War II history flub. As press secretary in 2017, he falsely declared that “even Hitler didn’t use chemical weapons.”

Sean Spicer has a master’s degree from the U.S. Naval War College. https://t.co/zFC4HuEXRU

Spoiler: D Day is June 6. Today lives in infamy not because of @SeanSpicer‘s idiocy, but because it was the day he learned that Normandy is nowhere near Pearl Harbor. https://t.co/gNuWrIJB7X

“Was it over when the Germans bombed Pearl Harbor?” pic.twitter.com/pPOwVuRog8

The Right: the awful liberals want to suppress and destroy American history because it’s not “woke” enough. Under them our children will never learn America’s history.